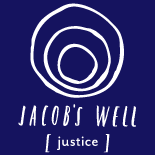 A blog of the Jacob's Well Kerygma Sphere.

In the Name of Jesus by Henri Nouwen–The chapter that is a meditation on the importance of mutuality in ministry.

Simply Christian by NT Wright–Readable primer on the Christian faith.

The Prophets by Abraham Joshua Heschel–A dense study of the prophetic literature, with chapters devoted to each of the biblical prophets.

Through Peasant Eyes: A Literary/Cultural Approach to the Parables in Luke by Kenneth Bailey–Detailed commentary on the context surrounding the Gospels and the New Testament.

The Holy Longing by Ronald Rolheiser–Specifically the chapter titled “A Spirituality of Justice and Peacemaking.”

Center Church by Timothy Keller–Specifically the chapter titled “The Gospel for the City.”

Jesus Wants to Save Christians by Rob Bell and Don Golden–A discussion of the biblical narrative with special focus given to the Exodus and its implications, exile and return, etc.

Jesus for President by Shane Claiborne and Chris Haw–A discussion of the biblical narrative also with attention to the Exodus, exile and return, etc.

Jesus and the Gospels by Craig Blomberg–Scholarly survey of themes, interpretive challenges, etc., in the Gospels.

Disruptive Grace by Walter Brueggemann–Lectures often revolving around prophetic texts and with an eye toward helping the church live out a prophetic witness.

Reverberations of Faith by Walter Brueggemann–The subtitle explains it: “A Theological Handbook of Old Testament Themes.” Basically short encyclopedia entries on topics connect to the OT.

The Yellow Wind by David Grossman–An Israeli journalist’s account of spending several weeks in the Palestinian territories and contending with the tensions between Jews and Arabs.

The Long Loneliness by Dorothy Day–The autobiography of the founder of the Catholic Worker Movement.

Lest Innocent Blood Be Shed by Phillip Hallie–The story of Andre and Magda Trocme sheltering Jewish refugees during WWII in Le Chambon, France.

Recommended Reading list presented in the Kenya Institute at Jacob’s Well in June 2013, focused on Africa and international development aid.

Africana by Appiah & Gates
The Bottom Billion: Why the Poorest Countries are Failing and What Can Be Done by Paul Collier
When Helping Hurts by Brian Fikkurt & Steve Corbett
The Black Man’s Burden: Africa and the Curse of the Nation State by Basil Davidson
The World Until Yesterday by Jared Diamond
The White Man’s Burden: Why the West’s Efforts to Aid the Rest Have Done So Much Ill and So Little Good by William Easterly
Global Shadows: Africa in the Neoliberal World Order by James Ferguson
Expectations of Modernity by James Ferguson
Everything Must Change by Brian McLaren
Dead Aid: Why Aid is Not Working and How There is a Better Way for Africa by Dambisa Moyo

Things Fall Apart by Chinua Achebe
The Innocent Anthropologist: Notes from a Mud Hut by Nigel Barley
What is the What by Dave Eggers
The Poisonwood Bible by Barbara Kingsolver
The Africa House: The True Story of an English Gentleman and His African Dream by Christina Lamb
Cry, the Beloved Country by Alan Paton

Africa is a Country – “challenging and destabilizing received wisdom about the African continent”
Aid Thoughts – “Digesting the Difficult Decisions of Development”
Aid Watch – no longer posting, but the archives are still very informative and useful! Written and curated by William Easterly.
Good Intentions Are Not Enough – on the hurts and damages of “big aid”
The Guardian’s (UK) Global Health Blog
The Guardian’s Poverty Matters Blog
Harvard Justice – online Harvard lectures from the Justice department
Texas in Africa – personal/professional blog of development professional Laura Seay